What is the difference between single phase and three phase power? 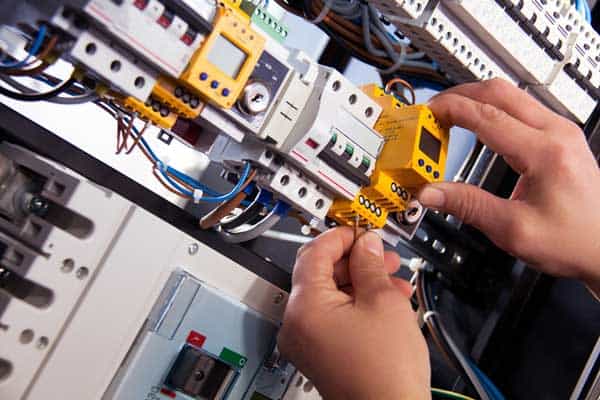 To be entirely sure if you need a three phase electricity supply, we recommend that you speak to one of our qualified and insured electricians here at ConneX Electrical, who will be able to assess all the equipment you will be running and determine how much power you need.

All appliances have an ampere rating (often shortened to amps or “A”). This is the measure of electrical current that the machine uses when running at full power.

Any commercial electric circuit has a maximum load – the total amount of amps that it can run before being overloaded. It’s important to calculate whether a new appliance will exceed the maximum load before purchase.

For example, a standard household appliance may have an ampere rating of 10A. The machine will be single phase and fitted with a 3-pin plug. For safety, the plug is fitted with a fuse to protect against electrical surges.

A more powerful commercial appliance might require nearly three times as much power – e.g. 32 Amps – much more than can be supplied by a standard plug connection. Therefore, this kind of appliance would still be single phase but would be hardwired.

At the top end of the scale, a three phase appliance requires much more juice to operate effectively. An example power rating is 3x 49.3A – “Three Phase”. Each “phase” requires 49.3 amps. This means the total load on the circuit would be 147.9 amperes – making this an extremely demanding appliance.

What is single phase UPS?

Single phase UPS systems have a single input and output source to the electrical equipment. A single phase installation consists of a single sine wave input and is typically a single phase of a larger 3 phase supply. With just one sinewave voltage, it only requires two wires to complete the circuit, one conductor and one neutral. A UK 3 pin socket is a typical example of a single phase system. It uses 230/240 VAC (UK single phase) to supply power.

Single phase uninterruptible power supplies typically cover requirements up to 20 kVA and are used for smaller installations such as rack-mounted servers, telecoms or computer systems, and network switches, along with any device that runs directly from a standard three-pin plug.

What is three phase UPS ?

Three phase UPS systems use three separate conductors providing three sinewaves, each out of phase and spaced 120° apart from each other, to provide continuous power to the load. This means a three phase system needs a minimum of four wires (three conductors plus one neutral), which enables it to support a single phase or three phase output.

The UK electricity grid supplies electricity in three phase and a 3 phase installation uses the full 3 phases which are generated from the grid.

Three phase UPS are the standard choice for larger installations with critical loads such as data centres, industrial applications, and medical environments, as well as protecting equipment with motors such as lifts, pumps, and fans.

A three phase source would typically come from a local transformer, with the standard three phase voltage being 400/415 VAC (UK 3 phase).

Single phase may also be referred to as 1 phase or 1-phase, while three phase is known as 3 phase or 3-phase.